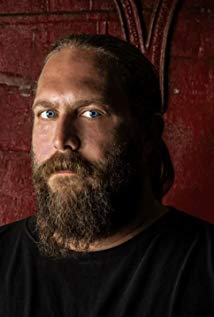 Corey Thouviner is an American born actor, born and still lives in St.Louis, MO. Corey got his start in the short film Fugue where Corey is a body guard for the main bad guy Leo. Corey got his start all thanks to his wife pushing him because she sees his talent and knows he can succeed in a dream of making it to the big screen, Corey has been going strong ever since.Known for his roles as Billy in The Lost Treasures of Jesse James where he chases kids through all God's creation for a big payday. Corey is also known for his extra roles in The Walking Dead as a Savior who was burned to death by Carrol. Corey's other roles include one of Ted Wallace's buddies in the movie Inherit the Viper. Working along side Brad William Hinkey, Josh Hartnett, and Bruce Dern is just one of his huge highlights in Corey's career. Corey will also be seen along side Aaron Eckhart in the movie LIVE as the first man in the scene too help with the rescue.Corey has one big attribute that you can not teach in any acting class and that is size. Standing at 6'5" and weighing in at 280lbs, Corey's huge build is very intimidating. With a big bad biker look Corey can be a very soft and emotional on screen as well. That side can be seen in the short film Abducted Anonymously, where Corey plays Gary, who cries about losing his wife to his eating disorder.Corey is also known for his ability to do his own stunts, from choreographed fight scenes, getting shot and falling, or having a gun explode in his face and falling, all looking incredibly real.Corey's ambitious appetite for acting is uncanny and pushes his limits to become every character that is put before him and making that character come to life for the brief moments between action and cut.

The Ghost Who Walks