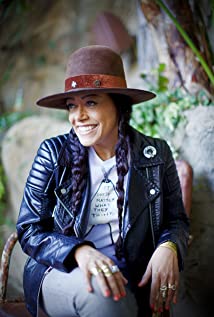 Cree Summer Francks is a Canadian-American voice actress and singer from Los Angeles, California. She is the daughter of Canadian actor and singer Don Francks. She is most well-known for voicing Kida from Atlantis: The Lost Empire, Tiff Crust and Queen Vexus (when Eartha Kitt is unavailable) from My Life as a Teenage Robot, Cleo from Clifford the Big Red Dog, Numbuh 5 from Codename: Kids Next Door, Foxxy Love from Drawn Together, Susie Carmichael from Rugrats, Cynder from The Legend of Spyro: A New Beginning, Elmyra Duff from Tiny Toon Adventures, Penny from Inspector Gadget and Dr. Penelope Young in Batman: Arkham Asylum.