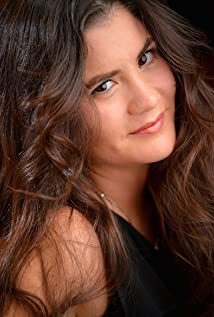 Cristina Milizia (maiden name Cristina Ulloa) was born in Oakland, California on February 1st, 1984. She began her voiceover career at the age of eight. Her parents are both professional vocalists and musicians, and as such, she spent much of her childhood in recording studios. She was repeatedly singled out by engineers to come in and voice various projects. She won her very first job for The Learning Company accidentally; as Cristina was waiting in the lobby for her mother, who was auditioning for the part, the casting director asked her if she wanted to try. She booked it, and from then on was called in on a regular basis.The daughter of a Peruvian immigrant and a mother who grew up in Mexico, Cristina Milizia was raised bi-culturally and speaks both Spanish and English. As a bilingual singing voice actor, Cristina spent most of her early career specializing in toys and games. Her credits include almost every toy company in the United States, including Mattel, Fisher-Price, Hasbro, Leapfrog, Toys R Us, Hallmark, MGA Entertainment, Build-A-Bear, American Girl, Moose, Jakks Pacific, Playhut and Play Along Toys. She later expanded into video games and landed her first major video game roles as Annie, Amumu, and Nunu the Yeti Rider for Riot Games' League of Legends, now one of the largest video games in the world.In her 20's, moved to Los Angeles to pursue animation and commercial voice-over full-time. Her first major animation role, Lala the Koala for Disney Junior's Doc McStuffins, sealed Cristina's love for animation forever. After being cast as Monster High's first villain - Moanica D'Kay - she won a lead role in the series' animated features, Monster High: The Origin Story and Electrified. She also voices the characters Marisol Coxi, Batsy Claro, Fangelica VanBat, and Woolee for the Monster High animated series.Cristina's most recent work includes the role of Jessica Cruz for DC Comics/Warner Brothers Entertainment (LEGO DC Super Heroes: Aquaman: Rage of Atlantis, LEGO DC Super Hero Girls: Super Villain High, DC Super Hero Girls YouTube series), Poison Ivy for Cartoon Network's DC Super Hero Girls, Darcy on Butch Hartman's Bunsen is a Beast for Nickelodeon, and Teresa on the Netflix series Barbie Dreamhouse Adventures. You can also hear her in the video games Shadowverse and Maplestory 2.Cristina remains a full-time animation and commercial voice actor in Los Angeles, pursuing her passion every day and thankful for the amazing industry she works in.