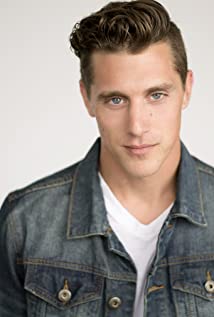 Curtis McGann is an American actor born and raised in the Midwest. He grew up down the street from Notre Dame in South Bend, IN. Curtis played rugby and qualified to compete on the national team but decided to join the US Army ROTC program, and swore in as a cadet at the University of Hawaii Manoa instead. After a short stint in Hawaii, Curtis moved to Seattle where he started to train and build his film credits. Curtis is now based out of Los Angeles, CA. He has worked on numerous film projects where he has played a variety of different characters. He most recently received an award for Best Ensemble Cast in Defining Moments. Curtis also won best lead actor in both films, The Pull and The Pull Expanse, for his role as Samuel. On top of acting, Curtis also does voice work. He was recently featured as the voice of the Hiker in the National Parks Centennial animation. Curtis has a wide range of martial arts and weapons training and background. He received military training during his time in the Army ROTC program as well as further individual training from a former special operations operative. He has trained in Judo, Taekwondo, Boxing and Sayok Kali. Curtis is currently training in multiple different forms of martial arts; Muay Thai, MMA, and Jujitsu.An interesting fact about Curtis is that he loves to transform not just his mind for a role but also his body. He will train to make sure that he looks and feels the part as well as thinks and breathes the part.

A Wedding for Christmas

What Doesn't Kill Us