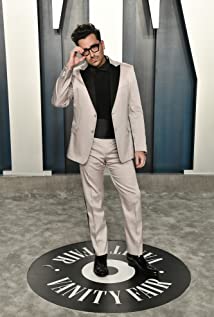 Daniel Levy is an Emmy® nominated showrunner, and a writer, actor, director, and producer, best known for his work on one of the most beloved shows on television, Schitt's Creek, which he co-created with his father Eugene Levy. For its fifth season, the show earned four Emmy® nominations including Best Comedy Series, a PGA Award nomination, a GLAAD Media nomination for Best Comedy Series, two Screen Actors Guild Award nominations including Best Ensemble in a Comedy Series, and five Critics' Choice Award nominations including Best Comedy Series and one for Levy for Best Supporting Actor in a Comedy Series.In 2013, he formed Not A Real Company Productions with his father and principals Andrew Barnsley and Fred Levy to create Schitt's Creek, a half-hour single camera comedy for CBC/ITV/Pop. In addition to being the co-creator, showrunner, executive producer, and writer of Schitt's Creek, Levy also stars alongside Eugene Levy, Catherine O'Hara, Annie Murphy, and Chris Elliott. Recently, the show concluded its final season with a two-part finale.Schitt's Creek has garnered nearly three dozen awards and more than 100 nominations, including a 2019 Canadian Screen Award for Best Comedy, a 2019 TCA Award nomination for Outstanding Achievement in Comedy, a 2020 Costume Design Guild Award for Excellence in Contemporary Television, a 2020 SAG Award Nomination for Best Ensemble in a Comedy Series, and a 2020 Critics' Choice Award nomination for Best Comedy Series. In 2019, Levy won Best Comedic Performance at the MTV Movie & TV Awards for his role on the show, and was honored by GLAAD with the 2019 Davidson/Valentini Award.Levy began his television career co-hosting MTV Canada's flagship show MTV Live and later co-wrote, co-hosted, and co-produced the critically-acclaimed ratings hit The After Show and its various incarnations, including The Hills: The After Show and The City: Live After Show. Levy also wrote, produced, and starred in his own Christmas special for MTV, Daniel Levy's Holi-Do's & Don'ts and co-hosted the MTV Movie Awards Red Carpet, the X-Factor pre-show, and national coverage of the Vancouver Olympic Games for CTV. Levy also co-hosted The Great Canadian Baking Show, and has also made a guest appearance on Modern Family. He made his film debut opposite Tina Fey in "Admission". Up next, Levy will appear in TriStar Pictures and Entertainment One romantic comedy, Happiest Season.