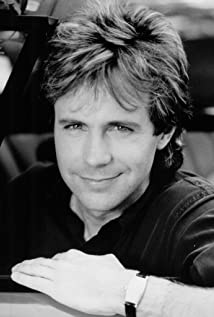 One of SNL's most talented alumni, comedian Dana Carvey reigned supreme during his six-season run creating some of the show's most memorable characters, including "Church Lady", "Garth" of Wayne & Garth fame, Grumpy Old Man and bodybuilding "Hans" of Hans & Franz notoriety. This sharp and witty writer, actor and impressionist went on to hatch a modestly successful comedy career in films along with some of his SNL cohorts -- Mike Myers, Adam Sandler and Chris Farley did.The slightly-built, slightly dorky-looking funny guy was born on June 2, 1955 in Missoula, Montana, to Billie Dahl (McDonald) and Bud Carvey. He is of Norwegian, and smaller amounts of English, German, Swedish, and Irish, ancestry. Carvey was raised in San Carlos, California in typical middle class surroundings. His father taught high school business law and his mother, who was also a schoolteacher, had creative outlets as a painter and musician that inspired the young Dana. His gift for inducing laughter arrived at any early age. As young as 9 or 10, Dana was already mimicking characters he saw on TV, with one of his early icons being Jonathan Winters. His musical gifts came in the form of drums and guitar.While majoring in Communication Arts at San Francisco State, Dana sought out the comedy stage doing standard impressions of well-known personalities such as John Wayne, Howard Cosell and James Stewart. Within a few months he was beginning to win stand-up comedy awards. In time, however, he replaced his impersonations with self-created characterizations and such ripe forms as the Church ("Isn't that special!") Lady were the result.After playing various Bay Area comedy venues, Dana decided to relocate to Los Angeles in 1981 and give Hollywood a try. He quickly landed a development deal with NBC. While playing a straight foil to Mickey Rooney wasn't exactly his cup of tea, it did break him into series work as Rooney's grandson in the short-lived sitcom One of the Boys (1982). Mickey played a hip, energetic grandpa who is invited to move out of his retirement home and into the cool pad of his college-student grandson and his roommate (played by another up-and-comer, Nathan Lane).Dana joined the repertory company of Saturday Night Live (1975) in 1986, and the result was spectacular, helping to reverse the show's disastrous decline in popularity at the time. With his sharp, quicksilver characters and uncanny ability to exaggerate dead-on impersonations of the rich and famous -- from politicos George Bush and Ross Perot to entertainment's Johnny Carson, Woody Allen and Regis Philbin, Dana became the darling of the SNL set for six solid seasons. He was nominated six times for an Emmy Award, finally winning in 1993 for "Outstanding Individual Performance in a Variety or Music Program", and also won multiple American Comedy Awards.As expected, Dana began seeking comedy film vehicles to extend his stardom, following the pathway of many other successful post-SNL comics. In his first comedy vehicle Opportunity Knocks (1990), he unleashed his typical bag of tricks (dialects, impressions, etc.) in a tale about a con artist who falls for the daughter of one of his wealthy dupes. It was moderately received. His second, Clean Slate (1994), was merely a retread of Bill Murray's earlier Groundhog Day (1993) about a detective who awakens every morning without any recall. Given a thankless role in The Road to Wellville (1994), his third starring film comedy Trapped in Paradise (1994) this time had him joining former SNL link=nm0001484]. None kickstarted movie stardom.Dana's best results on film came in tandem with Mike Myers in which the duo recreated their memorable "party-on" dudes Wayne and Garth from the famous SNL sketches. Wayne's World (1992) and its sequel Wayne's World 2 (1993) were box-office smashes, but it strangely did not further Dana's film career. He had hopes that a self-titled TV comedy series, The Dana Carvey Show (1996) would connect with audiences but it faltered. As its host, he reprised a number of his popular characters and introduced a slew of future comedians, including Steve Carell and Stephen Colbert. The show was deemed too offensive and was canceled after only six airings.Into the millennium, Dana's starred in one last comedy vehicle to date. The Master of Disguise (2002), which he co-wrote and was executive-produced by Adam Sandler. Here he played a klutzy Italian waiter who inherits the familial power of disguise. As before, it was a letdown and did little to advance his movie career. Since then he has been seen as a featured player and has appeared in three of Adam Sandler's comedy vehicles (Little Nicky (2000), Jack and Jill (2011) and Sandy Wexler (2017)). He has also been utilized in animated films, voicing such projects as Hotel Transylvania 2 (2015), Udvikling: Ankomsten (1982) and its sequel The Secret Life of Pets 2 (2019).Dana's true brilliance is captured best on the live comedy stage and, in particular, his numerous TV

The Secret Life of Pets