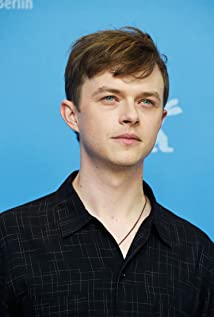 Dane DeHaan recently wrapped production on Amazon Studio's international cocaine drama Zero Zero Zero, in which he stars.On the silver screen DeHaan was last seen as Billy the Kid in The Kid opposite Ethan Hawke and Chris Pratt. He played the title character in Luc Besson's Valerian and The City of a Thousand Planets and was Gore Verbinski's leading man in A Cure For Wellness. In 2016, he starred opposite Tatiana Maslany in the romantic drama Two Lovers and a Bear, which premiered at Cannes.Dane received rave reviews for his portrayal of James Dean in Anton Corbin's Life, opposite Robert Pattinson. Prior to that he played Harry Osborn/The Green Goblin in Sony Pictures' The Amazing Spider-Man 2 and also starred opposite Aubrey Plaza, John C. Reilly, and Molly Shannon in the dark comedy Life After Beth.In 2013, Dane was nominated for a Gotham Award in the "Breakthrough actor" category and won "Breakthrough Performer" at the Hamptons International Film Festival for his portrayal of Lucien Carr, opposite Daniel Radcliffe's Alan Ginsberg, in Kill Your Darlings.The year prior he burst into the film world with his starring role in the box office hit Chronicle alongside Michael B. Jordan. That same year, DeHaan starred in Derek Cianfrance's The Place Beyond the Pines as well as John Hillcoat's Lawless.In 2010, DeHaan received an Obie Award for Best Performance in the off-Broadway production of The Aliens, written by Annie Baker. The Aliens was given the prestigious honor of "Play of the Year" by The New York Times. He was also critically lauded that year for his portrayal of 'Jesse D'Amato' on HBO's hit drama series In Treatment.DeHaan began his film career under the direction of two-time Oscar Nominee John Sayles in Amigo. Other film and television credits include Tulip Fever, Lincoln, directed by Steven Spielberg, Devils Knot, and True Blood.

A Cure for Wellness

Two Lovers and a Bear