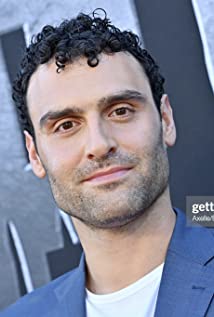 Dane DiLiegro has had quite the journey on his way to Hollywood.Born in Massachusetts, he was a four-year starter for the NCAA Division I University of New Hampshire Wildcats basketball team. While attending UNH, Dane won a gold medal at the 2009 summer Maccabiah Games in Israel. He graduated with the second all-time rebounding record, Dane went on to put his 6'9" 245lb frame to use and play eight years of professional basketball playing for top-level teams in Italy and Israel.While in Italy, Dane lived with and served as an apprentice for world-famous Tuscan butcher Dario Cecchini over a five year period. He is still heavily involved in culinary arts and maintains a YouTube channel surrounding food and travel.In the summer of 2019, Dane retired from professional basketball to pursue acting. Within two weeks, he booked his first acting role as Muscle Monster in the Netflix show Sweet Home. He also appeared in The Walking Dead and Side Hustle. In 2021, Dane portrayed the titular character Ba'al in the fifth episode of American Horror Stories opposite Billie Lourde.Dane will appear in Tom Delonge's upcoming feature film Monsters of California, and Disney+'s upcoming reboot fantasy show, The Quest. Additionally, Dane starred across Doja Cat in her music video Get Into It (Yuh).Dane is slated to star in Prey (2022)Dane lives in Los Angeles, and attends the Stella Adler Academy. He continues to pursue his dream of starring in film in television shows despite his large stature.