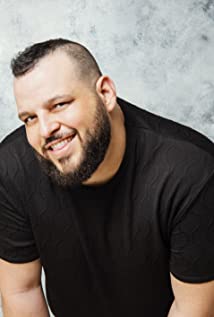 Born in Brooklyn, NY and raised in Fort Lauderdale, FL, Daniel Franzese is an actor/comedian of Italian American decent, Daniel Franzese is best known for his interesting and daring performances in breakthrough films: from his debut role in the intense Larry Clark drama Bully, his surprisingly dark turn in 2010's update of the highly controversial I Spit on Your Grave. but cemented his gay icon status with his breakout starring role in TinaFey's mega hit comedy Mean Girls as Damian. Lauded as one of the most influential queer characters in film history, Damian was the first time a queer teen of size who was ever comfortable in his own skin on screen. Daniel's subtle and hilarious performance is often credited with helping an entire generation of kids who felt different be able to find themselves. In a heartfelt letter to his fictional character Damian, Franzese publicly came out in 2014 trending worldwide. Speaking upon the difficulty he had navigating his career under a Gay Glass Ceiling. although he had great career highs creating his own content with YouTube and his viral comedy series Sh*t Italian moms Say which has reached over 6 million views and the entire series combined over 20 million and his hilarious parody of Sam Smith's Stay With Me called Please Go Home. While going viral and trending for his videos Franzese still toured the country with stand up and remained relevant through his television and stage work, which include memorable guest roles on S.W.A.T, Party Down, CSI, Burn Notice and The Comeback. He also co-wrote and starred in the New York Fringe Festival mega hit Jersey Shoresical: A Frickin' Rock Opera, which won him the Overall Excellence Best Ensemble Award and played Off Broadway and in Los Angeles for a year. It wasn't until his portrayal as the stubborn but lovable HIV+ Eddie in HBO's Looking that Daniel truly burst again into the spotlight and used that success to propel him to activism becoming an ambassador for The Elizabeth Taylor AIDS Foundation and lobbying congress every year on their behalf for HIV/AIDS, LGBTQIA+ rights, homeless queer youth and banning conversion therapy (of which Daniel himself is a survivor) since living a life fully out loud he began having never before seen confidence leading to him pursuing stand up comedy and being a leader in body positivity which has landed him a modeling contract with Bridge Models UK making him one of the very few signed Plus Size male Models in the world. He has lent his image, voice and stand up comedy gifts to many causes including The Trevor Project and hosting the 2016 Glaad Media Awards and 2017 Gay Men Chorus Voice Awards. He hosts LGBTQ stand up shows at The Comedy Store, Hollywood Improv and Flappers Comedy Club giving many upcoming talents hard to find spots in his shows. With the re-branding of the ABC Family network to Freeform Daniel starred as Vern in the short lived but tender series Recovery Road, after its cancellation he starred on ABC as Jackson in the law drama Conviction. He most recently toured in his stand up show Yass! You're Amazing! and is recording his podcast Yass, Jesus! A sex positive, non slut shaming look into Christianity through the LGBTQIA+ rainbow lens. A man of many talents and gifts Daniel continues to delight audiences from TikTok to the Theater stage we can not wait to see what he does next.

I Spit on Your Grave