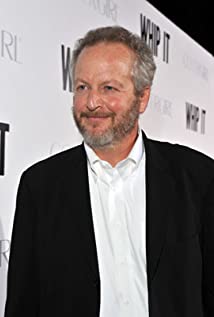 Daniel Stern was born in Bethesda, Maryland, to a social worker father and a day care manager mother. He has been acting professionally since the age of seventeen. Following his high school graduation, he auditioned for the Washington Shakespeare Festival seeking a job as a lighting engineer but ended up as "a strolling player with a lute" in their production of "As You Like It." Shortly thereafter, he made his way to New York where he "took a couple of acting lessons" and began to assemble an impressive portfolio of such off-Broadway credits as "Split," "Frankie and Annie," "The Mandrake," and "The Old Glory." In addition, director Peter Yates cast him as one of the four Indiana teenagers in the highly acclaimed film Breaking Away (1979). Variety in acting roles appeals to Stern. Following "Breaking Away," he appeared in Woody Allen's Stardust Memories (1980), Claudia Weill's It's My Turn (1980) and John Schlesinger's Honky Tonk Freeway (1981) before returning to New York to appear off-Broadway in the two character play "How I Got That Story," which led to critical acclaim and a starring role in Barry Levinson's Diner (1982). Other film credits include I'm Dancing as Fast as I Can (1982), Blue Thunder (1983), Hannah and Her Sisters (1986), The Boss' Wife (1986), The Milagro Beanfield War (1988), Born in East L.A. (1987) and D.O.A. (1988) In addition to his voice-over work on the series, Stern directed several episodes of the popular and critically acclaimed television comedy, The Wonder Years (1988).

James vs. His Future Self

The Next Three Days

Battle of the Bulbs