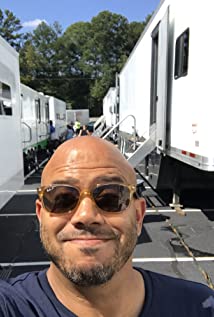 Darren Grant is an award winning director with an extensive career spanning music videos, commercials, TV and feature film.A Seattle native, Grant grew up behind the camera studying his mother's artistry as she made her mark as an indie filmmaker. After graduating film school, Grant took the industry by storm. His meteoric rise includes an expansive catalog of award winning music videos, a number one feature film and a big splash into the TV space with titles such as The Chi, God Friended Me, Queen of the South, Empire, Suits and many more.His signature style has created timeless pieces for Beyonce, TI, Common, Jay Z and Aaliyah to name a few. Grant's vast body of work includes commercials for a variety of global brands, such as Budweiser, McDonalds, Major League Baseball, Victoria's Secret and the award winning anti smoking PSA "Hitman."Grant's first feature film exploded onto the big screen. "Diary of A Mad Black Woman" (Lions Gate) debuted at #1. A fan favorite, it grossed over $75 million domestic/DVD/VOD. His sophomore feature, "Make it Happen" a dance film set in the world of modern burlesque (The Weinstein Company) followed shortly after, solidifying his position in the feature film arena.Grant also served as Co-Executive Producer on the hit show Saints and Sinners for 16 episodes, where he was instrumental in its success. Darren's more immediate goals are to continue to make great TV and dive further into the creation/producing realm.