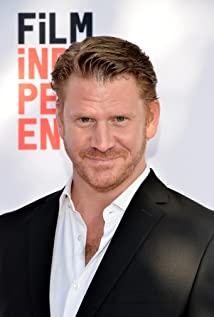 Dashiell Raymond Mihok was born on May 24, 1974 in Greenwich Village, Manhattan, New York City, to Andrea Mihok (née Cloak) and Raymond Thorne (born Raymond Mihok), both actors, with ties to the New York stage. He is of Czech and British descent. Dash was raised in a trendy artist building. He attended many different schools, including the Bronx High School of Science. During his freshman year in 1988, while going to high school, he participated in City Kids, a foundation in New York City whose purpose is to engage and develop young people through programs dealing with self-esteem, leadership, and communication, which grew into a role on CityKids (1993), a short-lived TV series that starred a group of multi-ethnic teen actors and Jim Henson's Muppets. Dash was part of the group's touring company, which put on productions all over the city.Much of the New York native's early work was lensed in his hometown. The young actor appeared in guest spots on the NYC-filmed dramas New York Undercover (1994), NYPD Blue (1993), and Law & Order (1990). Mihok made his film debut in the 1994 racially themed independent feature "Black is White" before receiving particularly strong reviews for his role as a mentally unbalanced young man in the CBS-TV movie thriller Murderous Intent (1995), and an appearance in Barry Levinson's hard-hitting Sleepers (1996) followed. While Mihok's performances in these New York-filmed features were strong, he first gained real notice with his featured role in Baz Luhrmann's modern take on Romeo + Juliet (1996).He was a featured regular on the CBS sitcom Pearl (1996), on which he starred as Rhea Perlman's rebellious son Joey. He also had a recurring role during 1999 on the WB's college drama Felicity (1998) as Lynn, a competitive swimmer attending the fictional University of New York. He has also had a guest appearance on CSI: Crime Scene Investigation (2000).To date, he has been in a variety of independent and high-budget films, the most recent of which being Hollywoodland (2006) and Firehouse Dog (2007).