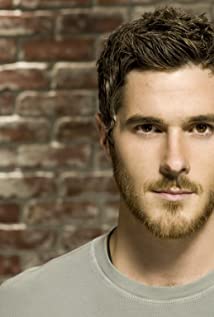 David Rodman Annable was born on September 15, 1979, in Suffern, New York, to Tammi and Rodman John Annable. He has one sister named Rebecca and a half-sister named Stacy. His mother is Jewish and his father has English, German, Irish and French ancestry. Dave grew up in Walden, a small town in upstate New York.Growing up, he enjoyed playing baseball, rugby and hockey. Dave even played for the local Plattsburgh team. He is also a big fan of the New York Giants, New York Mets and the New Jersey Devils. While he was still in New York, he attended SUNY Plattsburgh. Dave participated in the student-run Plattsburgh State Television, both acting and behind the camera. Among the shows that he hosted were "Late Night with Dave Annable", "Cardinal Sports", "Stay Tuned", "Cardinal Hockey", "On Campus Live" and "The Roommate Game".Dave had a semester of college left and often commuted for commercial auditions, which took 8 hours from Plattsburgh by bus. Dave then decided to tell his parents that he considered dropping out of college to become a full-time actor. Although his parents did not approve of his decision at that time because college was very important in their family, they still gave Dave the support he needed.He eventually attended the Neighborhood Playhouse School of the Theatre in New York City, generally associated with the Meisner technique of Sanford Meisner. There, he studied acting with Richárd Pintér. The 5'9" star appeared in a number of commercials which included "Reebok", 'Wendy's", "Starbust" and "Pepsi". He was also a featured actor in a "Mountain Dew" commercial with former NASCAR Rookie of the year, Kasey Kahne.Dave first gained attention from the public when he played the role of "Aaron Lewis" on the short-lived television series, Reunion (2005), which aired on Fox in 2005. "Reunion" was a teen drama/murder mystery series which explored occurrences in the lives of twenty former high school friends from 1986 through 2005, and recounted events leading up to the murder of one of the major characters. Before starring in "Reunion", Dave already had guest roles on Third Watch (1999), Other People's Business (2003) and Spellbound (2002) as well as Little Black Book (2004).He received his breakout role in 2006, when he was offered a regular starring role on the ABC family drama, Brothers & Sisters (2006). The show was about the trials and travails of the Walker family, with every family secret unveiled. He was among the first actors cast on the show before they began signing bigger names such as Calista Flockhart, Sally Field and Rob Lowe.Dave played the role of "Justin Walker", a psychologically damaged Afghan war veteran suffering with drug problems. In fact, Dave mentioned in an interview that he had to lose 11 kg. to play the role because they needed someone skinny to portray his character's addiction problem. Dave also won a Prism Award for Best Performance in a Drama Series Multi-Episode Storyline for his role in Brothers & Sisters (2006).In a recent interview, Dave mentioned that he has actually promised his mother that he would graduate after watching his younger sister graduate from Cornell University. Dave is taking online classes in Communications and will be graduating in May 2009. He also mentioned that he will be giving the commencement speech on his graduation day.Despite all of his accomplishments in the showbiz industry, Dave is in fact still very humble. He enjoys spending time with his family and making people laugh.

No Sleep 'Til Christmas

You May Not Kiss the Bride