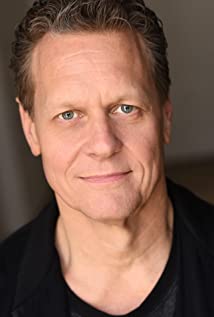 David McNulty was born in Hollywood, California, to parents Barbara and Joseph McNulty. Upon graduating high school he joined the US Navy and received an Honorable Discharge. He began studying acting and at at the age of 20, relocating back to Hollywood beginning studies with the well respected actor and author, Eric Morris. He took that training and went on to perform in commercials, independent films, entry roles in feature films and landed a recurring role on General Hospital.He became a member of SAG/AFTRA in 1987 and remains in good standing with the union. After taking a hiatus to raise his 2 children, he returned to the film acting industry boasting a combined 37 film shorts, features, and lead roles in independent films, webisodes, commercials, and theatrical performances.Co-Executive Producer of three film shorts in the Midwest, Windy, Ringfinger and Pro Reo, and one feature film, Kingdom Come, McNulty has enjoyed the experience behind the camera as well learning the trade of production, filmmaking, directing and distribution. He enjoys working in the capacity as Executive Producer as well as communicating stories on camera.His passion for the craft of acting and Second City improvisation keeps him on the forefront of the film and theatrical industry. Additionally, his commitment to the Midwest film business is unyielding and plans to impress the artistic industry that we are an equal force to Los Angeles and New York. He continues to perform nationally and internationally."My passion for storytelling and my talent to present real life on camera is what drives me to be an artist. If you possess the passion and the power to share that to the public then you have fulfilled your life's purpose. Never lose sight of your gift!", says McNulty.