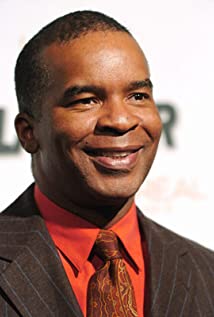 David Alan Grier was born in Detroit, Michigan, to Aretas Ruth (Dudley), a schoolteacher, and William Henry Grier, a psychiatrist and writer. He trained in Shakespeare at Yale University, where he received an MFA from the Yale School of Drama.Grier began his professional career on Broadway as Jackie Robinson in "The First", for which he earned a Tony nomination for Best Featured Actor in a Musical and won the Theatre World Award (1981). He then joined the Broadway cast of "Dreamgirls", before going on to star opposite Denzel Washington in "A Soldier's Play", for which both actors reprised their roles in the film adaptation titled A Soldier's Story (1984). He appeared in Robert Altman's Streamers (1983) as "Roger", a role for which he won the Golden Lion for Best Actor at the Venice Film Festival (1983).His television work is highlighted by a turn as a principal cast member on the Emmy Award-winning In Living Color (1990) (1990-1994), where he helped to create some of the show's most memorable characters, "DAG" (2000-2001) and "Life with Bonnie" (2002-2004), for which he earned Image and Golden Satellite nominations. David also created, wrote and executive-produced a show for Comedy Central called Chocolate News (2008). Grier also won America's votes as a smooth, debonair, and outrageously irreverent contestant on ABC's smash hit, Dancing with the Stars (2005), in 2009. But Grier didn't hang up his dance shoes just then - he later appeared in the Wayans Brothers' spoof movie, Dance Flick (2009), which hit theaters in May 2009.In Grier's first book, "Barack Like Me: The Chocolate Covered Truth" (Touchstone / Simon & Schuster; October 6, 2009), the acclaimed comedian expounds on politics, culture and race while recounting his own life story in this edgy, timely, timeless, and hilarious memoir and look at all things Barack Obama.Grier returned to his theatrical roots 2009/2010; he starred in David Mamet's acclaimed play, "Race", opposite James Spader and Kerry Washington, at the Ethel Barrymore Theatre on Broadway for which he received a Tony Award nomination.He has been named one of Comedy Central's "100 Greatest Stand-ups of All Time".