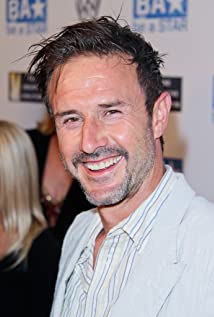 The youngest of five, David Arquette was born in Winchester, Virginia and is part of the illustrious Arquette family, whose work has spread over several generations. His parents, Lewis Arquette, an actor, and Brenda Denaut (née Nowak), an acting teacher and therapist, had 4 other children: Rosanna Arquette, Richmond Arquette, Patricia Arquette, and Alexis Arquette, all actors. His paternal grandfather, Cliff Arquette, was also an entertainer. David's mother was from an Ashkenazi Jewish family (from Poland and Russia), while David's father had French-Canadian, Swiss-German, and English ancestry.Like his siblings, Arquette started working at an early age, and his first major role came as Luke Perry's character's best friend in the hit film Buffy the Vampire Slayer (1992). But his major break both personally and professionally didn't come until 1996 when he was cast in the slasher flick Scream (1996) starring opposite close friend Drew Barrymore, Neve Campbell and more importantly Friends (1994), with Courteney Cox who he married in San Francisco in the summer of 1999. Scream (1996) earned worldwide success and acclaim as did Arquette for his role as lovable simple cop "Dewey". His role proved to be so popular that in the original script his character was meant to die, but due to test audiences response to Dewey the script was changed and he returned for both Scream 2 (1997) and Scream 3 (2000). Usually known for his goofiness in more mainstream roles, his greatest performances and reviews have come for his indie films such as Johns (1996), Dream with the Fishes (1997) and The Grey Zone (2001). David and wife Courteney Cox reside in LA and produce their own DIY show Mix It Up (2003) because of their love for home improvement.