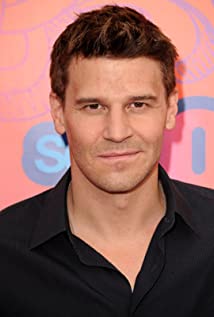 David was born in Buffalo, New York and grew up in Philadelphia, Pennsylvania. He is the son of Patti, a travel agent, and weatherman Dave Roberts (Boreanaz). His father is of Italian descent and his mother is of half Slovak ancestry. At the age of seven he decide to be an actor, which eventually led him to study cinema and photography at Ithaca College in New York. After graduating from college, David moved to Los Angeles in order to pursue a career in the movies. After some uncredited roles he received his first important role as Kelly's boyfriend in the series Married... with Children (1987). After three seasons of playing Angel in the hit series Buffy the Vampire Slayer (1997), he received his own spin-off show titled Angel (1999).