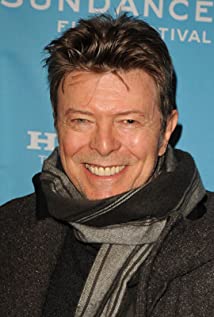 Takma İsimler: The Thin White Duke, Ziggy Stardust, The Picasso of Pop, The Dame, The Master of Reinvention, The Chameleon of Rock, Aladdin Sane, Major Tom, The Starman

David Bowie was one of the most influential and prolific writers and performers of popular music, but he was much more than that; he was also an accomplished actor, a mime and an intellectual, as well as an art lover whose appreciation and knowledge of it had led to him amassing one of the biggest collections of 20th century art.Born David Jones, he changed his name to Bowie in the 1960s, to avoid confusion with the then well-known Davy Jones (lead singer of The Monkees). The 1960s were not a happy period for Bowie, who remained a struggling artist, awaiting his breakthrough. He dabbled in many different styles of music (without commercial success), and other art forms such as acting, mime, painting, and play-writing. He finally achieved his commercial breakthrough in 1969 with the song "Space Oddity", which was released at the time of the moon landing. Despite the fact that the literal meaning of the lyrics relates to an astronaut who is lost in space, this song was used by the BBC in their coverage of the moon landing, and this helped it become such a success. The album, which followed "Space Oddity", and the two, which followed (one of which included the song "The Man Who Sold The World", covered by Lulu and Nirvana) failed to produce another hit single, and Bowie's career appeared to be in decline.However, he made the first of many successful "comebacks" in 1972 with "Ziggy Stardust", a concept album about a space-age rock star. This album was followed by others in a similar vein, rock albums built around a central character and concerned with futuristic themes of Armageddon, gender dysfunction/confusion, as well as more contemporary themes such as the destructiveness of success and fame, and the dangers inherent in star worship. In the mid-1970s, Bowie was a heavy cocaine abuser and sometime heroin user.In 1975, he changed tack. Musically, he released "Young Americans", a soul (or plastic soul as he later referred to it) album. This produced his first number one hit in the US, "Fame". He also appeared in his first major film, The Man Who Fell to Earth (1976). With a permanently-dilated pupil and skeletal frame, he certainly looked the part of an alien. The following year, he released "Station to Station," containing some of the material he had written for the soundtrack to this film (which was not used). As his drug problem heightened, his behavior became more erratic. Reports of his insanity started to appear, and he continued to waste away physically. He fled back to Europe, finally settling in Berlin, where he changed musical direction again and recorded three of the most influential albums of all time, an electronic trilogy with Brian Eno "Low, Heroes and Lodger". Towards the end of the 1970s, he finally kicked his drug habit, and recorded the album many of his fans consider his best, the Japanese-influenced "Scary Monsters". Around this time, he appeared in the title role of the Broadway drama The Elephant Man, and to considerable acclaim.The next few years saw something of a drop-off in his musical output as his acting career flourished, culminating in his acclaimed performance in Merry Christmas Mr. Lawrence (1983). In 1983, he released "Let's Dance," an album which proved an unexpected massive commercial success, and produced his second #1 hit single in the United States. According to producer Nile Rodgers, the album was made in just 17 days and was "the easiest album" he'd ever made in his life. The tour which followed, "Serious Moonlight", was his most successful ever. Faced with this success on a massive scale, Bowie apparently attempted to "repeat the formula" in the next two albums, with less success (and to critical scorn). Finally, in the late 1980s, he turned his back on commercial success and his solo career, forming the hard rock band, Tin Machine, who had a deliberate limited appeal. By now, his acting career was in decline. After the comparative failure of Labyrinth (1986), the movie industry appears to have decided that Bowie was not a sufficient name to be a lead actor in a major movie, and since that date, most of his roles have been cameos or glorified cameos. Tin Machine toured extensively and released two albums, with little critical or commercial success.In 1992, Bowie again changed direction and re-launched his solo career with "Black Tie White Noise", a wedding album inspired by his recent marriage to Iman. He released three albums to considerable critical acclaim and reasonable commercial success. In 1995, he renewed his working relationship with Brian Eno to record "Outside." After an initial hostile reaction from the critics, this album has now taken its place with his classic albums. In 2003, Bowie released an album entitled 'Reality.' The Reality Tour began in November 2003 and, after great commercial success, was extended into July 2004. In June 2004, Bowie suffered a heart attack and the tour did not finish its scheduled run.After recovering, Bowie gave what turned o

David Bowie: Out of This World

Beside Bowie: The Mick Ronson Story