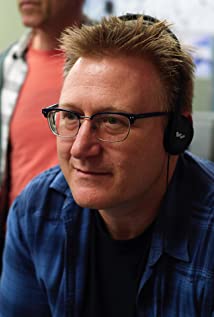 David Crabtree started his career in the entertainment industry at Roger Corman's New Horizons as Assistant Editor, and he quickly climbed the ranks to Lead Editor. He has cut over 100 hours of prime time television, including such hit shows as NYPD Blue, Las Vegas, Agents of S.H.I.E.L.D., and Psych, where he also served as Supervising Editor. David has also edited 20 pilots and numerous TV movies and feature films.In 2008, David made the leap to Director, and helmed several comedy shorts that were featured on the front page of FunnyorDie. In 2009, David produced and directed his first feature film titled "Broken Dreams", which was accepted into 16 film festivals and garnered a total of eight awards, including "Best Feature Film" at The Other Venice Film Festival. David segued into episodic television direction on Psych. His body of directing work on Psych includes the fan favorite Season 6 Finale "Santabarbaratown".In 2013, David directed the short film "Gwyndor", which took home the "Audience Award for Best Dramedy" at the Hollyshorts Film Festival.In 2016, David became a television producer on Rosewood for the FOX network. David also directed 3 episodes of Rosewood. Since then, he has gone on to direct several more television episodes, including The Resident.David is constantly honing his craft, and generating new ideas to shoot. He has also directed local theater as well. David's extensive technical background have led to award-winning performances under his direction, including Nicole Gerth's three best supporting actress awards for "Broken Dreams." David studied in the master acting and directing class at the Beverly Hills Playhouse under the mentorship of Howie Deutch.