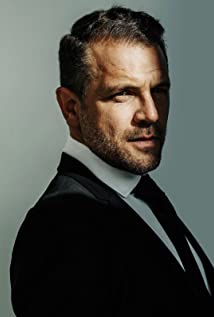 David Cubitt stars with Naomi Watts and Oliver Platt in feature film Shut In, released in early 2016 and he was seen in Showtime's hit series Ray Donovan.Recently Cubitt caught the eye of Roland Emmerich and was cast opposite Jonathan Rhys Meyers in feature film Stonewall, which will be premiering at the Gala screening at the Toronto Film Festival in 2015.You saw with Jeff Bridges in the upcoming 2015 release of the Universal Pictures feature, The Seventh Son. David is most widely known for his role opposite Patricia Arquette in the hit NBC series, Medium.Prior to Medium, Cubitt starred alongside Tom Sizemore in the CBS / Michael Mann series, Robbery Homicide Division, set in downtown Los Angeles. "Working with Michael [Mann] is as good as it gets, "says Cubitt," "It's one of those very fortunate turns in my career." He first worked with Michael Mann in the critically acclaimed feature Ali, based on the life of boxing legend Muhammad Ali, starring Will Smith and Jon Voight.Cubitt starred with Colm Feore in the critically acclaimed film, The Perfect Son, which tells the story of two estranged brothers brought together by their father's death. Cubitt plays a recovering drug addict who must face the revelation that his "perfect" brother is gay and dying of AIDS. His performance earned him a Genie Award nomination, and the John Garfield Award for Best Actor at the Method Fest Film Festival.Born in England to a Dutch mother and British father, Cubitt was six months old when his family moved to Vancouver. While attending university, he worked on a cable music video show called Night Vision, performing in comedic wrap-around segments. Cubitt describes this experience as "the beginning of [his] love affair with acting."Cubitt continued to study acting full time, until he was kick out of theatre school where he was told he "couldn't act and would never work." Soon afterward, Cubitt landed a leading role in the in feature, Alive, starring Ethan Hawke. The film was directed by Frank Marshall, and recounts the story of the Uruguayan rugby team who was stranded in the Andes after a plane crash. PaAlive helped spark Cubitt's career and it wasn't long before he landed a series regular role on the hit Canadian series Traders, a show about the high-stakes lives of a group of investment bankers. David starred on the show for three and half years, during which time he won the 1997 Gemini Award for Best Performance by an Actor in a Continuing Leading Dramatic Role and the 1998 Gemini Award for Best Dramatic Series.After landing a development deal with CBS, Cubitt moved to Los Angeles and booked a role in the CBS series Michael Hayes, playing the brother of David Caruso's title character. Cubitt also had a recurring role on the CBS series That's Life, starring Heather Paige Kent, Ellen Burstyn and Paul Sorvino.Additional television credits include a small arc on A&E's hit series Bates Motel, FOX series The American Embassy, featuring Arija Bareikis, along with several TV movies including the NBC mini-series, 10.5 with Kim Delaney and the CBS', John Christmas.Additional film credits include the 2014 comedy feature The Colossal Failure of the Modern Relationship with Enrico Colantoni; Swann, starring Brenda Fricker, about the investigation into the brutal murder of a Canadian poet; I Shot A Man in Vegas, starring John Stockwell and Janeane Garofalo; and the mountain climbing adventure K2.