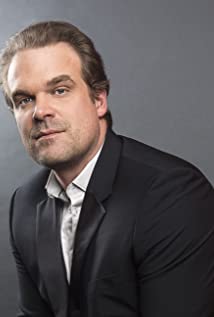 David Harbour is an American actor who has performed in film, television, and the theater.He is known for his role as CIA agent Gregg Beam in Quantum of Solace (2008), Shep Campbell in Revolutionary Road (2008), Van Hauser in End of Watch (2012) and Dexter Tolliver in Suicide Squad (2016). He also plays Chief Jim Hopper on the Netflix original series, Stranger Things (2016).