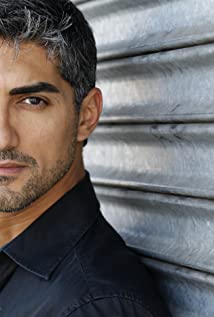 David Imani is a Swedish actor of Persian descent. The son of an artist father, David co-wrote his first ever stage performance at the age of 13, a musical comedy with a multi-ethnic cast, about an Iranian family adapting to the Scandinavian customs of their new country of Sweden. At 15, David found a passion in boxing when he one day joined a friend to the local boxing gym in Lund, Sweden. Although he never intended to pursue boxing professionally, the sport has been a regular part of David's life ever since. His first appearance in a film was a co-starring role in Borderline (1995), a feature length docudrama directed by Charlie Kristiansson. During the years as a theater major, David was mentored by renowned Swedish author and dramatist Jean Bolinder. David spent most of the following decade in the private sector while also exploring a new-found interest in auto racing. He obtained a Formula 3 level racing license in 1998, and proceeded to compete in Formula and SportsCar events in the late 90's through mid 2000's. In 2008, he decided to leave the private sector, as well as the life he knew in Sweden, in order to pursue an acting career in Los Angeles. While he almost immediately found across-the-board representation in Hollywood, David prioritized studying the craft at the American Academy of Dramatic Arts before entering the industry professionally. He has since worked with artists and filmmakers such as John Saxon, Demian Lichtenstein, Michael Donahue, Victor Patrick Alvarez, and Simon Abkarian. David also starred in his first self-written and produced short film Frankie and Johnny Discover the Gift, directed by the award-winning Canter Brothers and screened during the 2011 Sundance Film Festival. Primarily an intense dramatic actor, Imani's comedic abilities are best showcased by uncanny impersonations, stand-up and improv, and performing in comic relief roles in some of the feature films on his resume to date. David Imani is multilingual, fluent in 4 languages and a wide variety of authentic dialects in each of the languages he speaks. On the commercial acting side, David's work has represented global brands including Lamborghini, Boeing, Patron Tequila, Honda, and Ford, among others.