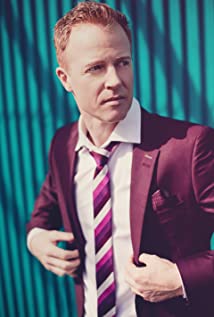 David James Lewis was born and raised in Vancouver BC. As a child his parents took him to the drive-in to watch Jaws. Not only was he scarred mentally from entering the water for the next decade, he was also bitten by the movie bug. Upon leaving high school he was lucky enough to step into the film and TV world that was exploding in Vancouver. Starting out in commercials he worked his way up the ladder earning small parts in local indie movies and series such as The X-Files (1993), Stargate SG-1 (1997), and The Outer Limits (1995).In 1999 he was the lead in Shoes Off! (1998), a short film that won the Cannes Film Award for best short film. Over the years highlights include working with Harrison Ford, Paul Giamatti, Ben Affleck and William H Macy (Oops, dropped those names) on films such as Door to Door (2002), The Day the Earth Stood Still (2008), Paycheck (2003), and the juggernaut that was Grumpy Cat's Worst Christmas Ever (2014). He has written and directed a number of short films including Stalled (2013) and Theatrics (2011). He is working hard because his children are miniature money vacuums.

The Neighbor in the Window

Mystery 101: An Education in Murder

A Feeling of Home