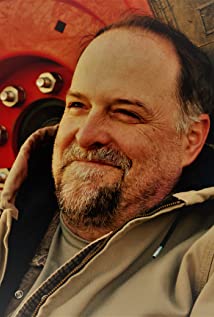 Dave Maldonado has forged a diverse and expansive, 15-year career. His resume includes the role of Curt Kuchta, the Transocean drill ship Capitan, alongside Mark Wahlberg, Kurt Russell, and John Malkovich in the critically acclaimed Deepwater Horizon (2016). Other well-known feature films he has appeared in are Free State of Jones (2016) with Matthew McConaughey, The 5th Wave (2016) with Chloe Grace Moretz, Trumbo (2015) with Bryan Cranston and Trespass (2011) with Nicholas Cage and Nicole Kidman. He will also appear along side Chris Pratt in the upcoming Tomorrow WarHe can also be seen in a few independent films that have received recognition from various film festivals, including Make it Rain (2014 short), 27 (2014 short), Hot Air (2016), and the lead role in Jack's Apocalypse (2015)In addition to his work in feature films, he has performed extensively in numerous television series. He can be seen in NCIS: New Orleans, Dynasty, Homeland, From Dusk Till Dawn, Queen Sugar, Queen of the South, and American Crime. He's also appeared in Fox's Sleepy Hollow, NBC's Revolution, the HBO drama series Treme opposite Melissa Leo and HBO's critically acclaimed True Detective alongside Matthew McConaughey and Woody Harrelson. Most recently, Dave appeared in the ground breaking, Emmy nominated Showtime series, Your Honor with Bryan Cranston. Maldonado has acted in multiple corporate commercials and training videos throughout the region (Houston, Dallas, Shreveport, and New Orleans). Most notably, he is the national spokesman for the Olshan Foundation Company alongside Former Houston Astro and Hall of Fame pitcher, Nolan Ryan.He has also done theatre work for several local theatre companies, performing in Our Town, A Midsummer Night's Dream, You Can't Take it With You, the Odd Couple, It's a Wonderful Life and Shadowlands.Maldonado was born and raised in New Iberia, Louisiana (Cajun country). He attended the University of Louisiana-Lafayette, earning a Bachelor of Arts in General Studies with a focus on art and theatre.David and his wife Lori relocated to Texas in 2002. They live a normal life with their two children. Besides spending time with his family, he enjoys watching ALL football, live music and being a dad.

God's Not Dead: A Light in Darkness