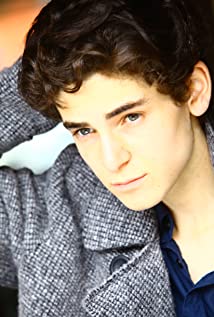 David (pronounced "Dah-veed") Albert Mazouz, aged 20, as of February 19, 2020, began his acting career in commercials. At eight years old, he landed his first film, Coming & Going (2011), directed by Edoardo Ponti. Shortly thereafter, he was cast in the cable movie Amish Grace (2010). He then landed a role as the co-star of the Fox television series, Touch (2012), as Jake, alongside Kiefer Sutherland who plays his father, Martin. Jake never speaks and is assumed to be autistic but is otherworldly and has the ability to perceive the seemingly hidden patterns that connect every life on the planet. It is up to his father, Martin, to help connect with Jake and shape humanity's destiny. David is also the narrator on the show. David had a natural chemistry with his TV father who mentored him and bought him his first guitar. Prior to landing his first regular television series, he landed many guest star roles on popular television series, mostly dramatic. In spite of taking on more serious roles, he loved working in comedy as Bert California, the son of Robert California, James Spader on the series The Office on the episode "Spooked" Directed by Randall Einhorn, he was given the opportunity to practice his improvisational skills at work with some of the best comedians in entertainment.In 2014, David was cast in the role of the young Bruce Wayne in the Warner Bros. production for Fox Gotham (2014). David worked on Gotham and lived away from home in New York growing up on the set away from most of his family and friends, doing school remotely and working often for most of the next 5 years, from 13-18 years old growing up in front of an audience during formative years with his Gotham family and mom, moving back home in time for high school graduation.David was born in Los Angeles, California. His father was born in Tunisia and raised and educated in Paris as a Physician. His mother, born in the US shortly after her parents, holocaust survivors immigrated from Greece. David has a an older sister who was the catalyst for his acting career, begging their mother to enroll them in classes. David has studied musical and sketch improvisation at Second City and recently took a drama course at RADA, the Royal Academy of Dramatic Arts in London. While David has already accomplished so much and reached important milestones in his career, he looks forward to challenging himself further with roles that are both comedic and dramatic and to work with actors and directors he has long admired. He enjoys spending time with friends, his dogs, family and volunteering on behalf of animals. He is fascinated by history, psychology and loves music (especially rap) and of course acting. He is passionate about acting and while working he is also completing his undergraduate degree in Economics at Stanford University in Palo Alto, California.