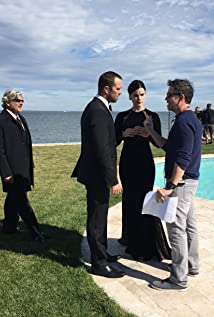 David McWhirter received his MFA degree from CalArts, where he studied both directing and acting. His Directorial debut was The Closer's 'Maternal Instincts', which Kyra Sedgwick submitted for the Emmy Awards and won. He has since directed dozens of shows and almost 50 hours of television, including multiple Season Premieres and Finales, as well as the largest DC Crossover to date. He has worked overseas, and was a Co-Executive Producer/Director for ABC's Quantico. David's passion and love for the Production process is grounded in a Pittsburgh upbringing, with a clear understanding that the heart of the business is people, both Cast and Crew.