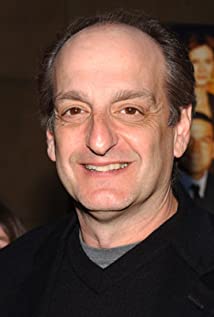 One of modern TV and moviedom's most sturdy and reliable character actors, David Paymer dreamed of being an actor from early childhood. Although he came from a traditional middle-class Jewish family that urged him to become a doctor or lawyer, Paymer felt more at home in the world of the thespian. At 14, he used a fake I.D. to see The Graduate, which starred a young Dustin Hoffman. He grew up in Oceanside, New York, where his father was in the scrap metal business. His mother, a homemaker, had fled Belgium with her family to escape the Nazis. When his father quit the scrap metal business to pursue music, it inspired young Paymer to give his acting dream a try. His aborted big break came when he was cast in the TV series, St. Elsewhere, as "Dr. Wayne Fiscus" then promptly dumped and replaced by Howie Mandel. Luckily, his realbig break was destined to be on the big screen, as "Ira Shalowitz" in the Billy Crystal vehicle, City Slickers. Crystal was so pleased with Paymer's work that he wrote the part of "Stan Yankelman", beleaguered brother of the titular character in the movie, Mr. Saturday Night, especially for Paymer. The part earned Paymer an Oscar nomination in 1993."That was like getting my passport stamped", said Paymer and he was quickly in demand by directors such as Spielberg ("Amistad"), Redford ("Quiz Show"), Oliver Stone ("Nixon"), David Mamet ("State & Main"), Steven Soderbergh ("Ocean's 13"), and Sam Raimi ("Drag me to Hell"). Chameleon-like in his portrayals, Paymer has since starred in hundreds of roles in film & television, notably "The American President", "Get Shorty", "Payback", "The Hurricane", "In Good Company", Francis Ford Coppola's "Twixt" and Kenneth Branagh's "Jack Ryan: Shadow One".Paymer received Golden Globe nominations for "Mr. Saturday Night" and for HBO's "Crime of the Century". Paymer became a hyphenate in 2002, directing the acclaimed comedy short "Candor City Hospital" for Showtime. He has since directed over 60 episodes for broadcast television, including such hits as "Grey's Anatomy", "The Mentalist", "Brothers & Sisters", "Medium" & "The Unit". He is also a producer and director on the CW series "Hart of Dixie". Paymer resides in Santa Monica, CA with his wife and two daughters.