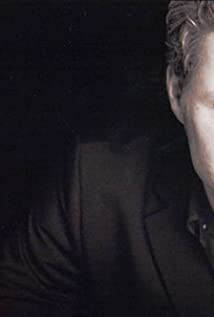 Multiple award winning film and stage actor David Richmond-Peck is one of Canada's most visible and versatile actors. From the polygraph operator in The Day the Earth Stood Still (2008), opposite Keanu Reeves, to his portrayal of Olivier Duval (the man with the tail) in the now cult BBC hit Orphan Black (2013), he has made a career of transforming his appearance for the camera. Rumored to be nicknamed 'Canada's Philip Seymour Hoffman' (Philip Seymour Hoffman), he continues to shift between the big and small screen in what amounts to over a hundred film and television credits. His work opposite Chris Cooper, Viola Davis, Keanu Reeves, and countless seasoned directors, has garnered Richmond-Peck the reputation of being one of Canada's busiest performers.Born into a medical family and raised in Oakville, Ontario, Richmond-Peck now lives in Toronto with his wife, award winning actor Alisen Down, and their new son Lucas. As he juggles time between work and family he continues to be an avid Kiteboarder and can be seen on the water anywhere between British Colombia, Ontario, or Hatteras, North Carolina.