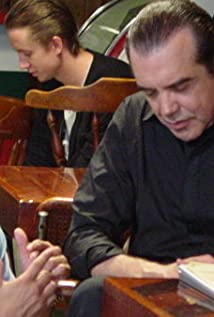 David, the youngest of four siblings was born in New York City to Millie and J.B. "David" Rodriguez. He was raised in the South Bronx and Long Island and unlike most young men in his neighborhood, he spent his formative years at the New York Military Academy in Cornwall-on-Hudson, NY. A few years after graduating from N.Y.M.A., David enlisted in the United States Marine Corps following a family tradition of service in the military.After spending a short time as a corrections and law enforcement officer in South Florida, in 2003, David took the leap into the entertainment business pursuing his life-long dream of becoming a director.Since 2004, David has worked steadily as a director, producer and writer in film and television. David splits his time between Los Angeles, CA and Austin, TX and is a member of the Director's Guild of America.