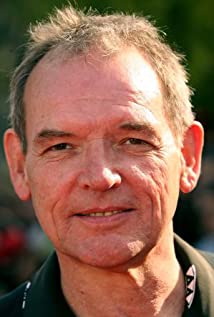 David Schofield was born in 1951, in Manchester, England. He was one of ten children in a working-class family. His first acting experience was at Manchester boy's school at the age of 12. In 1967, he was accepted as student assistant stage manager at a local repertory theatre. He started on the lowest step of the ladder and worked in every department as a prop-maker, sound-man, writer, stage sweeper, waiter and tea-maker, putting in 14-hour days, six days a week. After two seasons, at the age of 19, he became a student of the London academy of Music and Dramatic art, which he left early to pursue his path as a working actor.He made a successful career in television, earning numerous credits in popular TV series such as Footballers' Wives (2002) and Holby City (1999), among many other TV productions. On the big screen, David Schofield is best known as "Falco" in Gladiator (2000), as "McQueen" in From Hell (2001), and as "Mr. Mercer" in Pirates of the Caribbean: The Curse of the Black Pearl (2003) and the sequel, Pirates of the Caribbean: Dead Man's Chest (2006). Schofield is also billed as "Mercer" in the third installment of the "Pirates" franchise, Pirates of the Caribbean: At World's End (2007).Schofield's distinguished stage career has seen the actor performing for the Royal Shakespeare Company and a long association with the Royal National Theatre. He also acted in musicals and straight plays on the West End stage in London. During his 30-year acting career, he maintains the same agent. David Schofield has been enjoying a happy life with his wife, Lally Percy and their children, Fred Schofield and Blanche Schofield. He is currently residing in England.

All Things to All Men