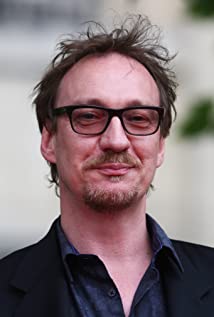 David Thewlis was born David Wheeler in 1963 in Blackpool, Lancashire, to Maureen (Thewlis) and Alec Raymond Wheeler, and lived with his parents above their combination wallpaper and toy shop during his childhood. Originally, he came to London with his band Door 66, however he changed his plans and entered Guildhall School of Drama.He had minor roles in films and TV until he took the main role in Naked (1993). The film won him several awards including the New York Critics Award. He has since been in many other films including DragonHeart (1996), Restoration (1995), Black Beauty (1994) and he took the part of Professor Remus John Lupin in Harry Potter and the Prisoner of Azkaban (2004) and it's sequels.Recently, he starred in the third season of FX's Fargo (2014).He lived with the British actress Anna Friel from 2001-2010. They have a daughter, Gracie Ellen Mary, born July 9, 2005.

Harry Potter: A History of Magic