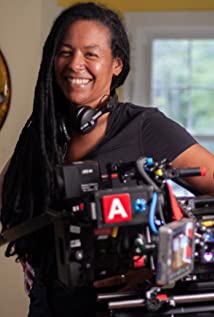 Dawn Wilkinson is an award-winning director and screenwriter born in Montreal and raised in Toronto. She is an alumni of the 'Norman Jewison' Canadian Film Centre and a graduate of the University of Toronto. Her first feature film Devotion (2005) stars 'Jasmine Richards' Camp Rock (2008).Wilkinson combines comedy, fantasy and scathing social satire in her visually stylized short film Instant Dread (1998) which had its broadcast premier on CBC's Canadian Reflections.Like her mentor 'Norman Jewison' (she was his apprentice on The Hurricane (1999)) Dawn Wilkinson is an actor's director who knows how to get the best performances out of her cast. Her short drama Girls Who Say Yes (2000) charts the complicated emotional journey between two young women whose friendship ends in a menage a trois. Girls Who Say Yes (2000) had its premiere at the Vancouver International Film Festival in 2000.Wilkinson wrote, directed and produced Devotion (2005) a coming of age story about eleven year old Alice Hope who struggles to deal with her mother's death and her father's alcoholism. The fictional film is based on her personal experiences growing up biracial in small town Ontario.Wilkinson explores the universal human themes of her specific ethnic experience by making visible the perspective and emotional journey of her characters. (Her mother is from Jewish Montreal and her father was born in Barbados, West Indies).She grew up watching films by 'Steven Spielberg' and shares his vision that movies can be entertaining and enlightening. Wilkinson's feature film script Love Child won Best Screenplay at the African American Women in Cinema Film Festival.Devotion (2005) won the the Star! Audience Award at Toronto's Reel World Film Festival in 2005 and Best Feature at the San Francisco Black Film Festival's Urban Kidz Program in 2005. In 2008, Wilkinson won the Director's Guild of Canada's Emerging Television Director Award from Women In Film and Television Toronto.