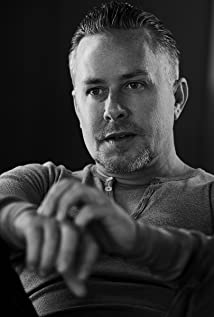 Dean is an actor and coach for performers in Film + TV. Some of his clients include Nina Dobrev (Vampire Diaries), Perry Mattfeld (Shameless, In The Dark), Devon Bostick (The 100), Jake Manley (The Order), Kaitlyn Leeb (Shadowhunters: The Mortal Instruments), Marshall Williams (Glee), Jacqueline MacInnes Wood (The Bold and the Beautiful), Miley Cyrus (Hannah Montana), Kevin O'Leary (Shark Tank), and Daytime Emmy winner Brittany Allen (All My Children).Dean also serves as a screen test advisor, pre production and on-set acting coach for various networks and feature film production companies including Discovery, NBC, Showtime, Shaftesbury, Global, Paramount and Alliance Atlantis. Dean's collaboration, in this capacity, has not only influenced the critical acclaim of many stars, but his direction has also served as the basis for casting and the subsequent development of national and international talent.Dean has been a permanent resident of the US since 2010, residing in both New York and Los Angeles. Native to Canada, Dean's ancestry includes roots in Ireland, Scotland and England. In 1992, with an early passion for law and politics, Dean began following in the footsteps of family members and renegade politicians Edward Henry Carson (9 February 1854, Dublin, Ireland - 22 October 1935, Kent, England), often known as Sir Edward Carson or Lord Carson, a barrister, judge and politician from Ireland, and Edward Carson (Eddie) Sargent (April 11, 1915 - January 28, 1998), a Canadian politician. Sargent served in the Legislative Assembly of Ontario from 1963 to 1987, as a member of the Liberal Party. In 1993, 1 year after acceptance and studies at Queen's University, Kingston, Dean's pursuit of law gave way to a growing passion for the performing arts. Dean graduated from Queen's University with degree(s) in Theater Arts (BAH) 1996 and Education (Bed) 1997. Dean's passion and commitment for the arts and education began in 1996 after directing a production of West Side Story at the Grand Theater, in Kingston. It was through directing, that Dean correlated his skill-sets with teaching. Dean laid the first foundation blocks of what today is known as Armstrong Acting Studios in 1997; originally Players Workshops, later Dean Armstrong Acting Studio. In 2011, AAS reached the status of one of Canada's largest independent film + television training studios with over 10,000 actors as graduates and ongoing students. Dean entered into the world of professional acting in his late 20's; making his impact on an international audience only 2 short years after his graduation. 2000 marked Dean's Showtime (2000-2005) and Broadway (2000-2002) simultaneous debut(s) in the US, denoting his diversity and marketability as both a screen and stage actor. "Dean Armstrong, giving the best performance in the series!" - The Washington Post, an article entitled "Queer as Folk, A Firecracker of a Season Finale" In 2003, after a year hiatus from Broadway's RENT, Dean returned to the stage starring as Jonathan Larson in the Canadian Premiere of TICK, TICK, BOOM! From 2004 onward, failing vocal chords and a shift into screen studies and practice prevented Dean from returning to the world of Musical Theater; although considered and a finalist for title roles in the Mirvish productions of We Will Rock You and Rock of Ages in Toronto, Canada. 2005-2009 Were hibernating years for Dean; spent behind the scenes building what today is known as Armstrong Acting Studios. It was during this time, that Dean logged hundreds of episodes as well as feature credits as a screen-test advisor, preproduction and on-set acting coach. Dean's work includes collaboration with Showtime, Disney, Paramount Pictures, Alliance/Atlantis, Discovery Channel, Impossible Pictures, Global and CTV. Highlights include his work alongside Jeremy Podeswa on Fugitive Pieces and Annmarie Morais on How She Move. Dean's own production company, Appulse Films, was founded in 2009 as a continued commitment to bridging the gap between education and the industry. The production company holds a mandate to create, facilitate and extend opportunities to actors and crew alike in film + television. The company's first film entitled Verona (The Short), directed by Laurie Lynd, was shot in the fall of '09. Dean continues to be active and groundbreaking as an artist in film and TV. As an instructor, he continues to look after private clients as well as to guest lecture at various schools, programs, workshops and venues across the US and Canada. Dean's daughter, Ryan Kiera Armstrong, daughter of Dr. Berta Bacic, was born in New York City on March 10, 2010.

Nirvanna the Band the Show