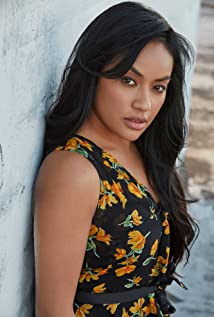 Denise Sanchez was born in Connecticut, where she spent her childhood and teenage years. She earned a degree in broadcast journalism before changing course and moving to NYC to pursue a modeling career. While living in Manhattan she fell in love with acting, ultimately leading her to leave New York for Los Angeles. She has appeared in numerous national commercials, and is best known for her recurring role as Alicia on FX's acclaimed series "Mayans M.C." Denise has appeared in NBC's hit series "The Good Place", The CW's "Crazy Ex- Girlfriend," CBS' "Criminal Minds," and ABC's "General Hospital," among other series. Soon to be seen starring in Amazon's "Bosch" spin-off titled "Bosch: Legacy" (IMDb TV series releasing 2022), fans will meet her character Reina Vasquez, a first generation Latinx American cop who takes Maddie Bosch (Madison Lintz) under her wing as Harry Bosch (Titus Welliver) embarks on the next chapter of his career and finds himself working with his one-time enemy, Honey Chandler (Mimi Rogers).

Confessions of a Shopaholic