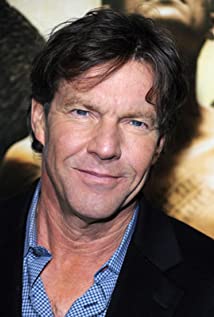 Dennis William Quaid was born on April 9, 1954 in Houston, Texas to Juanita Bonniedale "Nita" Quaid (née Jordan), a real estate agent & William Rudy Quaid, an electrician. He grew up in the Houston suburban city of Bellaire. He was raised a Baptist, and studied drama, Mandarin Chinese, and dance while a student at Bellaire High School. He continued study at the University of Houston, but dropped out before completing his degree. He moved to Los Angeles to pursue a film career where his brother, Randy Quaid, had already began to build a successful career. However, Dennis initially had trouble finding film roles, but began to gain notice when he appeared in Breaking Away (1979) and earned strong reviews for his role in The Right Stuff (1983). Aside from acting, Quaid is also a musician, and plays with his band, "The Sharks". He holds a flying license and is a five handicap golfer.

I Can Only Imagine