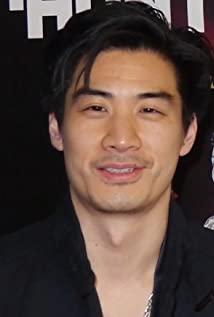 Derek Siow (born February 25 1980) is a film and television actor and has appeared in feature films such as Angel Has Fallen, Zero Dark Thirty and War Machine. He appeared in the crime drama The Capture and was also in the main cast of the animation program The Skinner Boys.In one of his first lead acting roles, Derek portrayed multiple characters with varying personalities in the art-house comedy Don't Touch The Moustache. The short film appeared in international film festivals including the Amiens Film Festival (France), Anonimul Film Festival (Romania) and the Glimmer Film Festival. In the thought-provoking sci-fi feature film Piercing Brightness he portrayed one of the main characters Lee who was helping aliens return to their spacecraft. It was screened at the Institute of Contemporary Arts (London), Museum of Modern Arts (New York) and various international festivals including The Sci-Fi London Film Festival.Derek made his Hollywood feature film debut in the critically-acclaimed Zero Dark Thirty in a small role as an interrogator. He would go on to appear as US Marine Tony Song in Brad Pitt's War Machine (Netflix) alongside some of the best up-and-coming actors at the time. He played a wealthy investor Jay Lee in the zombie flick The Rezort. He had a key role as an ex-military hacker on the hunt for Gerard Butler in Angel Has Fallen. In the BBC / NBCUniversal television series The Capture he played Andy Sim, a press officer for the police force and also appeared in the television show American Odyssey as Salter, an American special forces soldier.He has voiced many characters for film, television and video games, including Steve Gigs, a tech genius, in the Paramount Pictures animation feature film Capture The Flag about the US space race, Edward Skinner as part of the main cast in the Kids WB (Warner Bros) television animation program The Skinner Boys which ran for two seasons and Ashton Anchors in the Star Ocean: Anamnesis video game.