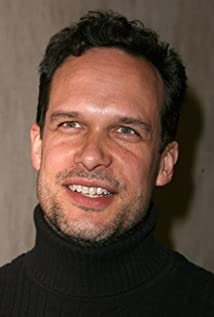 Diedrich Bader was born in Alexandria, Virginia, but moved to Paris, France, with his family at age two. While in the "City of Light" he developed an appreciation for movie legends like Fred Astaire and Charles Chaplin. So, when a fragile "Chaplin" movie reel burned in the theater's projector, four-year-old Bader hopped on stage and entertained the crowd with an imitation of the "Little Tramp." The standing ovation he received set the course for the rest of his life--he knew he wanted to perform.He returned to the United States for high school and attended North Carolina School of the Arts. During spring break he was discovered by a casting director in Santa Fe, New Mexico. That meeting led to an audition for a small role in a TV pilot. Bader landed a starring role instead. Although the pilot wasn't picked up, Bader moved to Los Angeles and began auditioning for other roles. He landed guest spots on several series, including Star Trek: The Next Generation (1987), The Fresh Prince of Bel-Air (1990), Cheers (1982) and Quantum Leap (1989). Filmmaker Penelope Spheeris liked his tongue-in-cheek delivery when he read for her action-adventure spoof series, Danger Theatre (1993). She hired him in that role and for the feature film The Beverly Hillbillies (1993), which she directed. Bader played the dual roles of twins Jethro and Jethrine Beaudine. He also filmed the political thriller The Assassination File (1996) for the Encore Entertainment Group. Bader was excited to work on the project, as it allowed him to be shot in the head -- a first for the actor. Bader's father, William, was Chief of Staff for the Senate Foreign Relations Committee and is president of the Eurasia Foundation on Capitol Hill. His mother, Gretta, is a sculptor whose portrait of the late Sen. J. William Fulbright sits in the National Gallery in Washington, DC. Bader's wife is actress Dulcy Rogers; they reside in Los Angeles, CA.