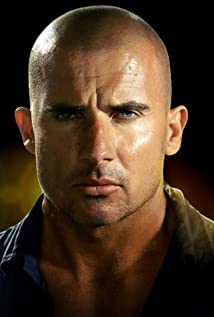 Dominic was born in England, to a Norwegian father and Irish mother. At the age of two, Dominic and his family moved from England to Sydney's Bondi and then moved to the Western Suburbs. After trying his hand at landscape gardening he decided to become an actor whilst watching the war movie Platoon (1986). Due to his working-class background, acting seemed a very unlikely choice of career, so he didn't pursue it until sometime later. He studied at The Australian Theatre for Young People (ATYP) and then later enrolled at the Western Australian Academy of Performing arts where he met his future wife Rebecca and studied with Hugh Jackman. In 1997, Dominic scored a role in the TV series Raw FM (1997) and then landed a part in Mission: Impossible II (2000), which was filmed in Australia. He became a TV star. In 2000, he won the Green Card lottery and now lives in Los Angeles with his family. He was spotted by a US talent scout and has been working constantly with roles in the movie Equilibrium (2002), the TV show John Doe (2002), Blade: Trinity (2004), and in the upcoming thriller Three Way (2004) and a new police television drama, Strut.

In the Name of the King: The Last Mission