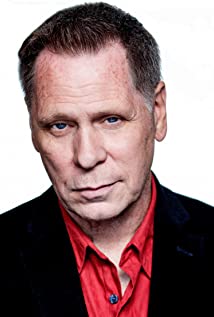 Don Harvey was born in St. Clair Shores, Michigan, just twelve miles from the center of Downtown Detroit; the sixth of eight children. His father worked as an advertising executive for the Auto Industry and his mother was an elementary school teacher.He started playing the drums at age four and picked up the guitar at six. He played in the Jazz Band at Lake Shore High School and won the Louis Armstrong award for the best soloist of the year, as a guitarist.He started acting in school plays and musicals but gave that up when he attended the University of Michigan, because he thought the talent there would be way beyond his level. In his junior year, he was playing guitar in the orchestra pit for a musical, when one his classmates, Gregory Jbara, told him he should get up on stage and start acting again. That summer, he attended the Summer Training Congress at the American Conservatory Theatre in San Francisco.While in his senior year at Michigan, he auditioned for the prestigious Yale School of Drama and was accepted as one of fifteen acting students out of thousands of applicants. Some of his classmates at Yale included Chris Noth, Patricia Clarkson, Dylan Baker, Jayne Atkinson, John Turturro, Charles Dutton, Courtney B. Vance, and Angela Bassett.After graduation, he moved to New York and within a few months was hired to replace Aiden Quinn in the original production of Sam Shepard's epic drama "A Lie Of The Mind" at the Promenade Theatre on Broadway. The play was directed by Mr. Shepard, and starred Harvey Keitel, Geraldine Page, Amanda Plummer, Will Patton, James Gammon and Ann Wedgeworth. From there, he went on to a string of classic films including "The Untouchables," "Eight Men Out," "Casualties of War" and "The Thin Red Line."He is proud to have worked with some of the greatest actors and directors of his generation including Brian DePalma, John Sayles, Kevin Reynolds, Terrence Malick, Michael Mann, Bruce Beresford, Spike Lee, Oliver Stone, Sean Penn, Michael J. Fox, Jeff Bridges, Kevin Costner, Bruce Willis, John Cusack, Charlie Sheen, James Franco, John Hawkes, Liam Neeson, David Caruso, Kiefer Sutherland, Jason Patric, Eddie Murphy, John C. Reilly, John Leguizamo, Willem Dafoe, Judd Hirsch, Tony Curtis, George Kennedy, Dorothy Lamour, Sharon Stone, Virginia Madsen, Patricia Arquette and many others.He continues to pursue his first love, the Theatre, and has been blessed with some amazing opportunities. He played the title role in Aphra Behn's Restoration Comedy "The Rover" at The Guthrie Theatre, opposite Elizabeth Marvel and Viola Davis, directed by the great JoAnne Akalaitis. His other favorite theatrical performances include, Lenny in Harold Pinter's "The Homecoming," Lee in Sam Shepard's "True West," Teach in David Mamet's "American Buffalo" and Brutus and Macbeth in Shakespeare's Julius Caesar and Macbeth.Most recently, he has appeared in some great television including HBO's "Luck," "The Night Of" and "The Deuce;" and Amazon's "The Last Tycoon." He is looking forward to the release of "The Truth About The Harry Quebert Affair," starring Patrick Dempsey in which his character ages from forty-three to seventy-eight years.He was honored with a Daytime Emmy Award nomination for his portrayal of Tom Baker on General Hospital.He lives in Santa Monica with his wife Dyanne and his ten-month-old daughter Ashley. He plays bass and sings in a band called "The Don."