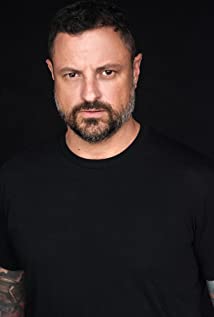 Donavon Stinson has always had a knack for the comedic. Born into a family that were always telling jokes, playing pranks, and just acting the fools. As a young student, Donavon was always disrupting class with his outlandish and hilarious behavior. He soon discovered the excitement and freedom of drama class and under the tutelage of his drama teacher, he quickly knew what his calling was.In 1997 Donavon moved to Vancouver, B.C. and continued honing his acting skills. A close friend had him audition for a role in the cartoon Heavy Gear, produced by Mainframe Entertainment, one of the first companies to utilize the growing technology of motion capture. He landed the role and quickly started getting cast in many other shows including Spiderman, Max Steel, Barbie, and the sci-fi thriller hit District 9. After several years, many cartoons and multiple video games later, Donavon became the "go to" guy for motion capture roles in Vancouver.The progression in to TV and film came easily to Donavon. He landed his first ever acting audition for the FOX series Dark Angel and was successfully chosen for the role. Donavon followed this with several film roles including the romantic comedy A GuyThing , the blockbuster hits Fantastic Four, X-Files: I Want To Believe and most recently, the epic fantasy WarCraft. Over the next few years Donavon quickly built his reputation as a versatile actor, landing regular roles on the ABC family series Three Moons Over Milford and the CW supernatural comedy Reaper where he played the hilariously overbearing store manager 'Ted Gallagher'.Most notably, Donavon starred for 4 seasons on the hit HBO Canada/Direct TV series Call Me Fitz where he won a Canadian Leo Award for his portrayal of the bearded slacker "Josh McTaggert". Donavon can also be seen guest starring in the cult favorites Lucifer, Supernatural and the SYFY comedies Eureka and Psych. Other guest star roles include ABC's Motive and Lifetime's Peabody award winning series Un-Real.