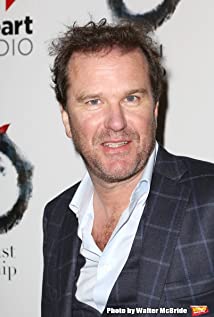 Douglas Hodge is a Tony, Olivier, Drama Desk and Outer Critic Circle award winning actor, composer, director and writer. Recent films include Alfred in Joker, Gemini man The Report and Red Sparrow. Recent TV includes The Great, Black Mirror, Lost In Space, Catastrophe and Penny Dreadful. Tony and Olivier awards on Broadway and the West End for La Cage Aux Folles and originated the role of Wonka in Charlie and the Chocolate Factory at the Drury Lane in London's West End. Ten years working as an actor and director with Harold Pinter. Major Shakespearean and classical roles at the Royal National Theatre and R.S.C. and The Globe. New plays by Pinter, Barker, Penhall, Johnson and more at the RoyalCourt, Almeida, Classic Stage and Donmar Associate Director at Donmar Theatre and director of many plays on West End and on Broadway Stiles and Drewe Best Song Award and composer and lyricist of 101 Dalmatians, Meantime and Wigmaker on the West End. Trained at RADA and a council member alumni of the Royal National Theatre of Great Britain for many years.