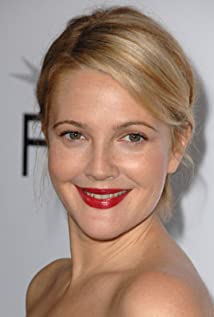 Since melting audiences' hearts - at the age of six - in Steven Spielberg's beloved sci-fi blockbuster, E.T. the Extra-Terrestrial (1982), Drew Barrymore has emerged as one of the most endearing and talented actresses of her generation.Drew Blyth Barrymore was born in Culver City, California, to actors John Drew Barrymore and Jaid Barrymore (née Ildiko Jaid Mako). Her father came from a long showbusiness legacy, as the son of actors John Barrymore and Dolores Costello, while her mother was the daughter of Hungarian refugees.Despite a turbulent adolescence, Barrymore's star was officially on the rise during the mid-1990s; following a string of "bad girl" parts in Poison Ivy (1992), Guncrazy (1992), and, well, Bad Girls (1994), she made notable appearances in Boys on the Side (1995), Woody Allen's Everyone Says I Love You (1996), and the game-changing horror hit Scream (1996).An eclectic mix of high-profile and low-key film projects followed - such as The Wedding Singer (1998), Ever After: A Cinderella Story (1998), Never Been Kissed (1999), Charlie's Angels (2000), Donnie Darko (2001), Riding in Cars with Boys (2001), and Confessions of a Dangerous Mind (2002) - proving to once-cynical audiences that Barrymore was not only a capable leading lady, but also a gifted and versatile actor.Headline parts in 50 First Dates (2004), Fever Pitch (2005), and Music and Lyrics (2007) came next, followed by the critically-lauded Grey Gardens (2009), for which she earned Golden Globe and Screen Actors Guild awards for her portrayal of Edith Bouvier Beale.In 2009, Barrymore - whose production company, Flower Films, has spawned several lucrative features - made her long-awaited directional debut with the comedy-drama Whip It (2009); TIME Magazine hailed her as "a sensitive director who knows how and when to let an emotional moment linger on the screen."Alongside a recurring guest spot (as the voice of Jillian; 2005-13) on Family Guy (1999), recent acting roles have included Going the Distance (2010), Big Miracle (2012), Blended (2014), Miss You Already (2015), and the acclaimed Netflix series Santa Clarita Diet (2017), on which she stars and serves as executive producer.

Who Are You, Charlie Brown?