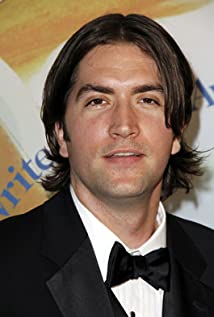 Drew Goddard was raised in Los Alamos, New Mexico. He attended Los Alamos High School in Los Alamos, New Mexico and graduated in 1993. He then attended the University of Colorado, and worked as a production assistant in L.A. after graduation. A spec script Drew wrote based on Six Feet Under (2001) came to the attention of both Marti Noxon at Buffy the Vampire Slayer (1997) and David Greenwalt at Angel (1999). Both wanted him but because Marti found him first, Joss Whedon determined Drew would go to "Buffy". He became a staff writer for Season 7 (2002-2003), writing five episodes. Once "Buffy" was over, Drew moved over to "Angel" and became the executive story editor for Season 5 (2003-2004), writing four episodes. Drew also found time to write the introduction for a book of essays about Buffy, "Seven Seasons of Buffy", and to contribute two stories to the "Tales of the Vampires" comic series. In the summer of 2003, Drew received his first screenwriting award, along with co-writer Jane Espenson, when the Hugos honored "Conversations with Dead People" from "Buffy" with an award for Best Dramatic Presentation/Short Form. That episode was also honored with a SyFy Portal Genre Award for Best Episode/Television; another of Drew's "Buffy" episodes, "Lies My Parents Told Me" (co-written with David Fury), was nominated for the same award.

The Cabin in the Woods