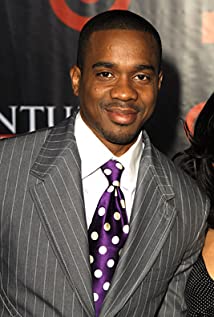 Duane Martin is a triple threat in Hollywood and has proven himself as a true maverick with a career that expands beyond Hollywood. Not only do his good looks and impeccable comedic timing earn him respect in the acting arena, but he is an accomplished writer and producer.Duane was last seen starring in a film he wrote, produced, raised funds and starred in The Seat Filler (2004) with Kelly Rowland of Destiny's Child. Duane distributed the film via his newly formed company, "The Momentum Experience", which takes a film and tours it like a play by buying out a large theater and offering the audience a full entertainment experience. Hollywood heavy hitters such as Will Smith and Blair Underwood have become investors in "The Momentum Experience" after seeing first hand how powerful the company has become. The Seat Filler (2004) opened via "The Momentum Experience" in Atlanta to huge success and enjoyed a $50,000 per screen average, virtually unheard of in Hollywood. In addition, this film was chosen to close the 8th Annual Urbanworld Film Festival. Duane sold the film to Magnolia Pictures who released it on DVD to huge success.He also starred opposite LL Cool J and Gabrielle Union in Deliver Us from Eva (2003) for USA/Focus Films. Another film Martin wrote, produced and starred in is Ride or Die (2003) opposite Vivica A. Fox. Duane is producing another comedy, "Mother's Day" with Will Smith's "Overbrook Entertainment". He recently sold the golf comedy, "Inglewoods", to New Line Cinema. Duane will produce this film with Lawrence Bender and will also star opposite Jamie Foxx.His other acting film credits include What Boys Like (2003), Any Given Sunday (1999), "Scream 2", "Down Periscope", "White Men Can't Jump", "Woo", "The Faculty", and "Above the Rim".Duane is currently the only black male lead on a half hour comedy, starring on CW's hit series "All Of Us." The show is produced by and loosely based on the lives of Duane's longtime friends, Will and Jada Pinkett Smith. Duane's other television credits include guest star appearances in "Abby", "Yes Dear", "Girlfriends", "Between Brothers", "Living Single" and "The Fresh Prince of Bel-Air". He produced and starred in the acclaimed FOX series "Getting Personal". Also, Duane was nominated for a Daytime Emmy for his role in the CBS telefilm "Different Worlds: An Interracial Love Story". He also starred opposite Patty LaBelle in "Out All Night" and hosted 20 episodes of NBC's late night talk show "Later."A native of New York and NYU graduate, Duane was drafted by the New York Knicks before pursuing an acting career. His love for sports and his entrepreneurial spirit inspired him to start his own sports agency, Impact Sports. Duane launched Impact sports with 2 clients holding $1 Million in contracts, the company has expanded and now represents 50 clients and hold $1 Billion in contracts. Impact has become the premiere sports agency in the industry and handles some of the most sought after players in the NFL, NHL and MLB.After acquiring an extensive real estate holdings portfolio in his own right, Duane recently launched a real estate company which will revitalize homes in the inner-city by giving underprivileged families the rare opportunity to become home owners.Duane lives in Los Angeles with his wife, actress Tisha Campbell-Martin and their son.

Deliver Us from Eva