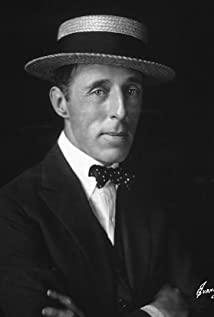 David Wark Griffith was born in rural Kentucky to Jacob "Roaring Jake" Griffith, a former Confederate Army colonel and Civil War veteran. Young Griffith grew up with his father's romantic war stories and melodramatic nineteenth-century literature that were to eventually shape his movies. In 1897 Griffith set out to pursue a career both acting and writing for the theater, but for the most part was unsuccessful. Reluctantly, he agreed to act in the new motion picture medium for Edwin S. Porter at the Edison Company. Griffith was eventually offered a job at the financially struggling American Mutoscope & Biograph Co., where he directed over four hundred and fifty short films, experimenting with the story-telling techniques he would later perfect in his epic The Birth of a Nation (1915).Griffith and his personal cinematographer G.W. Bitzer collaborated to create and perfect such cinematic devices as the flashback, the iris shot, the mask and cross-cutting. In the years following "Birth", Griffith never again saw the same monumental success as his signature film and, in 1931, his increasing failures forced his retirement. Though hailed for his vision in narrative film-making, he was similarly criticized for his blatant racism. Griffith died in Los Angeles in 1948, one of the most dichotomous figures in film history.

Mary Pickford: The Muse of the Movies

The Tramp and the Dictator

The First 100 Years: A Celebration of American Movies

The Sorrows of Satan

Orphans of the Storm