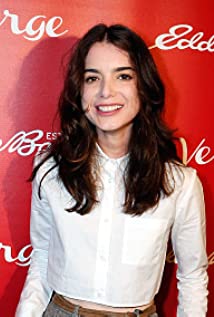 Dylan Nicole Gelula is an American actress who is best known for her role of Xanthippe on Unbreakable Kimmy Schmidt, as well as her work in independent film. In 2016, Gelula made her film debut as the lead actress with romantic drama film First Girl I Loved, directed by Kerem Sanga. The film premiered at the 2016 Sundance Film Festival and won the audience award for Best Of NEXT. Gelula's performance in the film as Anne received rave reviews from various critics. She has since appeared in the films Flower, Support the Girls, Under the Eiffel Tower, Her Smell, and had the lead role of "Maggie" in Cooper Raiff's 2020 debut feature Shithouse, which won the Best Narrative Film prize at SXSW Film Festival.

I Want You Back

Under the Eiffel Tower