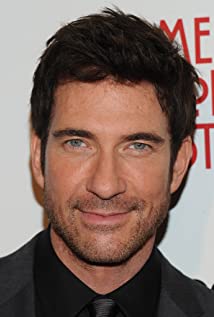 A Golden Globe winner and Emmy nominee, Dylan McDermott has proved his talent in film, television and theater. He was born Mark Anthony McDermott in Waterbury, Connecticut, to Diane (Marino) and Richard McDermott. Diane was 15 and Richard was 17 when Dylan was born. Richard earned money by hustling pool. Dylan is of Italian (from his maternal grandfather), Irish, English and French descent. During Dylan's early years, his parents separated. In 1967, when Dylan was five, his mother was murdered by her live-in boyfriend. The murder was initially ruled an accidental shooting occurring while her boyfriend cleaned his gun, but police reopened the case in 2012 and revealed evidence showing it was impossible for her death to be have been accidental. Dylan and his sister Robin, who was then six months old, were taken in by their grandmother, Avis (Rogers) Marino.When Dylan was 15, his father met and married playwright/activist Eve Ensler. Eve adopted Dylan. Eve encouraged him to go to acting school and Fordham University in New York City. He met his now ex-wife, Shiva Rose, at a coffee shop in Venice, California, on the same day he got a big acting break by being cast in the film In the Line of Fire (1993) with Clint Eastwood. As a result of his connection with Eastwood, Dylan attended a dinner honoring Clint. There, he met Jeffrey Kramer, a man who used to frequent a bar where Dylan had earlier worked. Kramer was, at that time, the president of David E. Kelley Productions. He asked Dylan to meet David E. Kelley for a then-upcoming series about lawyers, The Practice (1997), and the rest was history. Another mentor of Dylan is Joanne Woodward, who discovered him while he was doing workshops at the Neighborhood Playhouse. The series earned him a Golden Globe in 1999 and nominations in 2000 and 2001, as well as an Emmy nomination in 1999.His film credits include The Pang Brother's The Messengers (2007); Wonderland (2003); Home for the Holidays (1995); Steel Magnolias (1989); Hamburger Hill (1987); Miracle on 34th Street (1994); In the Line of Fire (1993) and Burning Palms (2010). McDermott's television credits include the Jerry Bruckheimer-produced TNT drama, Dark Blue (2009); and TNT's dramatic limited series, The Grid (2004), opposite Julianna Margulies.In 2008, McDermott starred in Nicky Silver's "Three Changes" at Playwrights Horizons. Starring opposite Maura Tierney, the play follows an uncomfortably married Upper West Side couple. Additionally, in September 2006, McDermott was on stage in Eve Ensler's new play, "The Treatment". Ensler's play explored the relationship between a traumatized former military interrogator (McDermott) and his psychologist Colonel, who is assigned to give him routine treatment. The play opened the Impact Festival 2006, a New York City-wide arts festival as part of the Culture Project. McDermott was nominated for a Drama League Award for his performance.McDermott appeared on television in the first season of Ryan Murphy and Brad Falchuk's FX drama, American Horror Story (2011), opposite Connie Britton and Jessica Lange.McDermott co-starred in Jay Roach's comedy, The Campaign (2012), opposite Will Ferrell and Zach Galifianakis. McDermott played "Tim Wattley", a political consultant who runs the campaign of a candidate from North Carolina. The Warner Bros. film was released on August 10, 2012. That year, McDermott was also seen in the indie coming-of-age drama, The Perks of Being a Wallflower (2012), alongside Logan Lerman (playing Lerman's character's father), Emma Watson, Paul Rudd, Ezra Miller and Mae Whitman.In 2013, McDermott had a supporting role in Antoine Fuqua's Olympus Has Fallen (2013), alongside Aaron Eckhart and Gerard Butler. The film followed a former Secret Service agent who becomes America's only hope when the President is taken hostage by terrorists.McDermott's additional theatre credits include Neil Simon's production of "Biloxi Blues" on Broadway and "Golden Boy", directed by Joanne Woodward at the Williamstown Theater Festival.