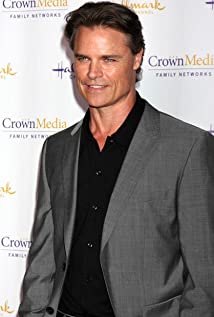 Dylan Neal was born in Richmond Hill, Ontario, Canada. Shortly thereafter, his family moved to Oakville, just west of Toronto, where he spent the remainder of his childhood. As a young student, he attended the prep school, Appleby College, where he was introduced to the game of squash. Dylan quickly fell in love with the sport and was soon playing for Canada at an international level. Toward the end of his teenage years, after many years of traveling across North America on the amateur squash circuit, Dylan decided a professional squash career was not for him.By that time, Dylan was attending Blakelock High School, where he was enrolled in the drama program. At the urging of his drama teacher, Dylan signed with a Toronto talent agent and began auditioning professionally. It didn't take long for Dylan to realize this was the direction his career would take. In 1992, Dylan moved to Los Angeles, where his career quickly took off. He lived in Los Angeles until 2006, when he and his family moved to Vancouver for production of the Lifetime television series 'Blood Ties'. In 2011, Dylan and his family returned to Los Angeles.Dylan Neal is a well-recognized face on television, having had series regular roles in eight American television series, including 'The Bold and the Beautiful', Aaron Spelling's 'Pacific Palisades', 'Hyperion Bay', and 'Blood Ties'. Dylan has had many major recurring roles, including his five-year stint on 'Dawson's Creek' playing Joshua Jackson's brother, Doug Witter, and as Aaron on 'Sabrina the Teenage Witch' opposite Melissa Joan Hart. He has had the good fortune of working with some of the biggest names in Hollywood and in 2012 was offered the male lead role of Jack Griffith opposite Andie MacDowell in the television series 'Cedar Cove'. The series is based on international best-selling author Debbie Macomber's series of books with the same name and premiered on the Hallmark Channel on July 20, 2013. Starting in 2014, Dylan began writing, executive producing and starring in a series of TV movies called The Gourmet Detective for The Hallmark Movies and Mysteries Channel.Dylan's career has allowed him to travel extensively for work, filming in such locations as Israel, Germany, China, the Caribbean, and throughout North America. In his downtime, Dylan enjoys spending as much time as he can with his family and friends. On occasion, he can also be spotted in his workshop, where, as an avid woodworker, he has for years re-created eighteenth- and nineteenth-century period furniture.