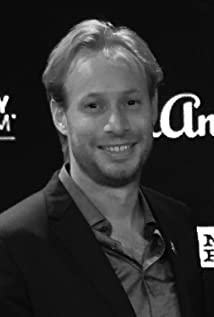 Ed Fraiman trained at the world renowned Polish State Film School in Lodz, where he directed a number of short films and won the Best Newcomer Award from the Directors Guild of GB. Since graduation Ed Fraiman has directed a range of drama for US and UK television as well developing and producing a slate of feature films for Bigscope Films.Presently, Ed is working as Co-Executive Producer and Director on CW's 'The 100' for Warner Brothers. He has directed 7 episodes of the show, including this season's Premiere and Finale. Last year, Ed was the Supervising Producer and Director on season 1 of NBC Universal's 'Impulse' for YouTube Red. The show has been renewed and filming is underway on Season 2.Other Television producing and directing credits include 'Secret State' starring Gabriel Byrne and Charles Dance for Channel 4 Television. Ed was the Executive Producer and Director of the complete mini-series which sold to 40 territories worldwide and was nominated for the International Emmy for Best Mini-Series.Ed's other US television directing credits include 5 episodes of 'Royal Pain's for the USA network, 4 episodes of CBS/Paramount's 'Life Is Wild' for CW Network and 'The Philanthropist' for NBC/Universal. Ed also directed 3 episodes of the Arthurian VFX drama 'Merlin' for NBC and BBC.UK television credits include the award winning procedural 'Murphy's Law' (BBC), 'A Thing Called Love' (BBC), 'Burn It' (BBC) and the critically acclaimed 'As If' (CH4). Ed also directed the TV movie adaptation of 'A Midsummer Night's Dream' (BBC) which was nominated at the World Television Awards for Best Movie Made For Television.Ed is a partner at Bigscope Films in London where he has Executive Produced 5 feature films including 'Don't Hang Up', 'Pressure', 'Alien Outpost' and most recently 'The Banishing' and 'Aasha The Street Dog' which are both in post-production.Ed is now a resident of the US and lives in Santa Monica, California.