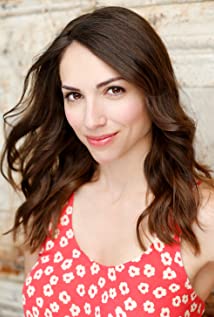 Eden Sonja Jane Riegel was born in Washington, D.C. Her parents are Kurt and Lenore and her older siblings are Tatiana S. Riegel and Sam Riegel. She grew up outside of the Washington, D.C. area in a Virginia suburb. As a child, she first got the urge to perform while watching her brother perform dinner theater. Bitten by the performing bug, Eden soon got her chance to perform when she also started performing in dinner theater for $10 a week. Her big break to perform on stage came when she landed the part of "Cosette" in "Les Miserables". This led to other Broadway and off-Broadway roles in The Will Rogers Follies, etc. Eden also had movie roles in American Pie (1999), The Prince of Egypt (1998) and Henry Hill (1999). She has guest-starred in many television series. As well as being an actress, she is also an accomplished vocalist who was a member of the popular and well known Broadway Kids. She also sang back up vocals for Jewel Kilcher, Michael Jackson and performed on some soundtracks, etc. Eden is also very intelligent, studious, and cared about her schooling. She attended the New York's Professional Children's School, then prestigious Harvard University and was going to become a lawyer. However, she took a leave of absence for an exciting role. Her biggest break came when she was cast as "Bianca Christine Montgomery" on All My Children (1970). The role was a break out role because not only is Bianca "Erica Kane"'s daughter, but she is also a lesbian. Bianca Montgomery is the first main character on an American soap who is openly gay. Her earnest, poignant, sparkling, heartfelt, and charismatic portrayal of Bianca helped make the character become one of All My Children (1970)'s most beloved heroines in its history. Eden left the role of Bianca Montgomery in February of 2005. She has moved to Los Angeles and wants to explore other avenues in her career such as prime time, movies, etc.

Teacher of the Year